With Maya now a crew member the Alphans discover a young couple called Cantor and Zova who have been in suspended animation for some while. They claim that they are exiles from the planet Golos, following an invasion, and ask for the help of Alphan crew members to restore the planet to them. Helena and Tony accompany them to the planet Golos, where it is apparent that they are not the young innocents they appeared to be. 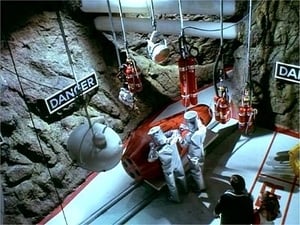